Belton, Texas – The University of Mary Hardin-Baylor football team held its ground as the Cru is ranked #2 in the country in the two major NCAA Division III Top 25 Polls again this week. The Cru (3-0, 2-0 ASC) is coming off a 47-14 victory over Texas Lutheran University last Saturday. It was UMHB’s 25th consecutive regular season victory.

The Cru is ranked #2 in the country in the second American Football Coaches Association Top 25 Poll of the 2018 season. The Cru received seven first-place votes and 1,255 total points from the AFCA. Defending national champion Mount Union holds down the #1 spot with 45 first-place votes and 1,293 total points. St. Thomas (MN) is ranked third, Brockport (NY) is ranked fourth and North Central (Ill.) rounds out the top five. Upcoming Cru opponent and American Southwest Conference rival Hardin-Simmons University dropped one spot to #7 in the AFCA poll with 972 points. East Texas Baptist totaled 17 points to give the ASC three programs receiving mention.

“We are not real happy about the way we played last Saturday, but we are excited to get a win,” Cru Head Coach Pete Fredenburg said. “You have to give Texas Lutheran a lot of credit for forcing us to make some of those mistakes. Our coaches and players know we have a lot of room for improvement. Southwestern is going to be another tremendous challenge for us.”

UMHB also held on to the #2 spot in this week’s D3football.com Top 25 Poll. The Cru took two first-place votes and 600 total points. Mount Union is also #1 in that poll and the other three teams in the top five match the AFCA ranking. Hardin-Simmons is ranked eighth by D3football.com.

The Cru will return to action with the 2018 home opener against Southwestern University this Saturday. The two teams will face off in a 6 pm kickoff at Crusader Stadium. The Pirates are 2-2 overall and 1-2 in ASC play on the season.

California Or Texas Dreaming: Is The Lone Star State Getting Too Big?

Get Ready For Round 2 Of The All You Can Eat Crab Fest in Harker Heights, Texas

10 Delicious Breakfast Spots You Must Try in Central Texas

Best of the Web 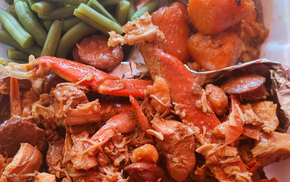 It appears that you already have an account created within our VIP network of sites on . To keep your personal information safe, we need to verify that it's really you. To activate your account, please confirm your password. When you have confirmed your password, you will be able to log in through Facebook on both sites.

It appears that you already have an account on this site associated with . To connect your existing account just click on the account activation button below. You will maintain your existing VIP profile. After you do this, you will be able to always log in to http://myjuan1017.com using your original account information.

Please fill out the information below to help us provide you a better experience.

KLTD-FM brought to you by:

KLTD-FM brought to you by: 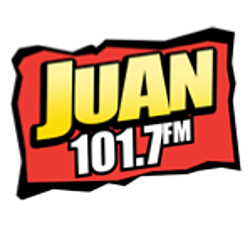